The skyline will eventually change along the water at Bayou Segnette State Park. The 20 cabins that once sat along Bayou Segnette since the parks opening in 1987, sustained damage during Hurricane Katrina and will be rebuilt.

16 new cabins will be rebuilt along Bayou Segnette on the area where the old ones once stood. They will be fully furnished, accommodate 6 people and consist of a big living area, dining area, kitchen, two bedrooms and a screen porch all the way around.

The new cabins will float instead of being fixed on pilings. Since the cabins sit outside the hurricane protection levee, allowing them to float will enable them to rise with a storm surge during a hurricane or other storm event.

The cabins are expected to be completed by the late spring of 2016.

Check back for future updates. You can register in our forum and receive announcements on updates as they become available by clicking on the “Notify” button at the top of this topic in the forum.

Wharf pilings from one of the original sets of cabins in Bayou Segnette State Park. (Sep. 2009)

The cabins are now complete. Click here for more info.

The park has stated on their Facebook page that May will possibly be the opening date. Here is a pic of the inside of one of the cabins.

Opening anticipated by April 2016! Below is a quote from the Bayou Segnette Facebook page.

We’ve had many inquiries about our 16 beautiful new cabins and greatly appreciate the interest! They are still in the final stages of construction, but we are hoping to have them open by April 2016. Keep checking our official Facebook page at www.facebook.com/BayouSegnette for updates and be sure to tell your friends. Just as a reminder, we do NOT take advance reservations via email, Facebook, or at the park. When the cabins have been completed and are available for rental, you will be able to make reservations by calling Reserve America at 1-877-226-7652 or by visiting their website at www.reserveamerica.com.

The staff at Bayou Segnette State Park looks forward to your visit!

A few photos of the new cabin progress that I took while on the water today. 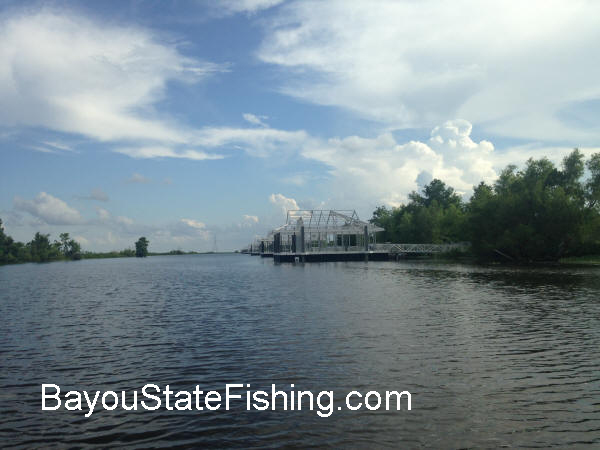 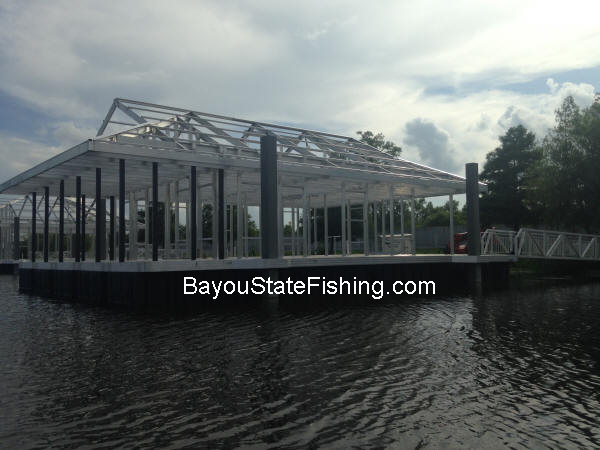 Article updated to include specifics to new cabins.

The Floating Dock Shop has been selected by the Prime contractor of the rebuild of the park cabins to begin work in mid November on the replacement of the cabins…and they will FLOAT!.

The design documents have been complete, and we are currently in the bid process for the actual construction work. That process should be complete within the next few weeks, with construction anticipated to begin by the end of 2014.

I’m continuously in contact with the park. The latest info from them reports that the levee construction that is still going on has everything on hold. As it stands at this time, they estimate start of construction around this time next year.

Latest word now is, it could be 2014 before we see them now. If the budget cuts allow it.

The cabins are due to go out for bid after the first of the year; because of the Corps of Engineers-related permits, construction will likely not begin until summer 2012. In addition, the replacement group camp will be bid out before the end of the year, with construction anticipated to begin in early spring 2012.

I’ll post more as soon as I get it. It will be nice to have them back.

Alternatively, you can register in our forum and receive announcements on updates as they become available by clicking on the “Notify” button at the top this topic in the forum.

Note: We are not affiliated with Bayou Segnette State Park.

2 comments on “A new look coming to Bayou Segnette.”